Cognitive Shift Recordings is a home for contemporary classical music that has influences and instrumentation within the genre and beyond. 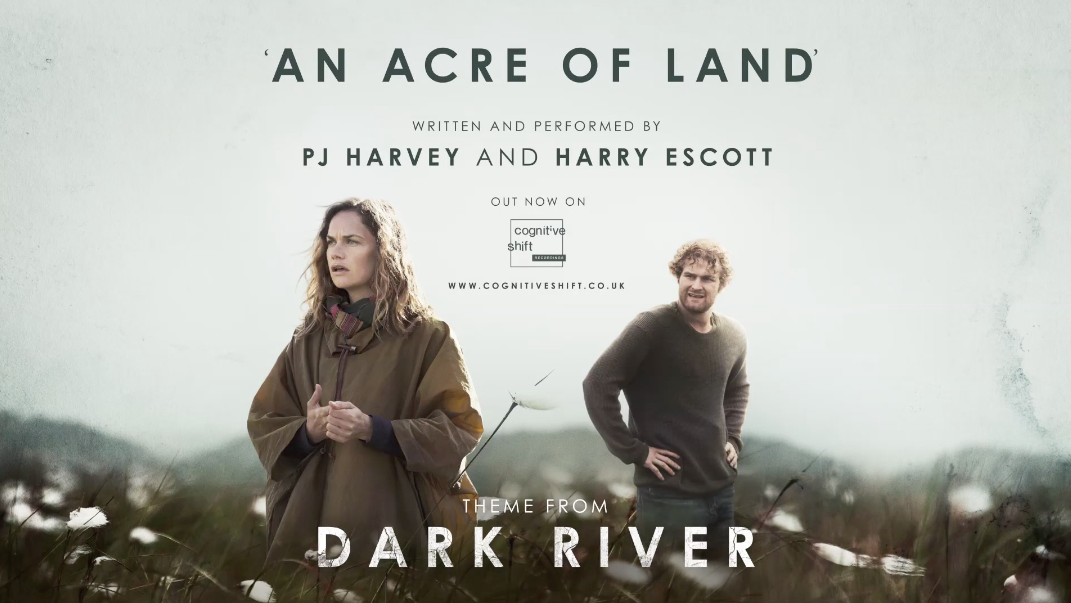 British composer Harry Escott and artist PJ Harvey have collaborated on ‘An Acre of Land’, a new song that is the theme to Dark River, the latest film by Director Clio Barnard. The entire film is also scored by Escott, who says: ‘recording PJ Harvey’s vocal on “An Acre of Land”, a song we arranged together for Dark River, was a spine-tingling experience.’
PJ Harvey is an English composer and artist, the recipient of both the 2001 and 2011 Mercury Prizes, as well as a 2013 MBE for services to music. She has contributed original music to the soundtrack for Mark Cousins’ film, ‘What’s This Film Called Love?’, BBC television series ‘Peaky Blinders’ starring Cillian Murphy.

Harry Escott first came to prominence in 2005 with his score to the influential psychological horror film ‘Hard Candy’, directed by David Slade and perhaps most notably, on Steve McQueen’s seminal debut film ‘Shame’. Escott describes ‘Dark River’ as ‘a film that leaves me wanting to take more care of those around me, which is a good thing for a film to leave you with!’

The film premiered at the 2017 London Film Festival from October 4th to 15th, and will be on general release on February 23rd, 2018.

“it’s rich, immersive, and full of depth… press play and imagine you are breathing in big gulps of fresh, unpolluted air and chasing after sheep” Noisey (VICE) Premiere

“bold and breathless” the Line of Best Fit

“expertly setting the mood [of the film]” Exclaim!

“the track truly stuns with its beauty and while not a simple track, with layers of instrumentation supporting Harvey, it’s direct and easily enjoyed” Cool Hunting

Through Shadows was commissioned by the Barbican and is written for 6 grand pianos. It was given its world premiere on March 29th, the 2017 global Piano Day in a celebration for hundreds of piano lovers at London’s Barbican Centre, in partnership with Spotify, performed by the 12-handed ensemble Piano Circus, alongside music by Terry Riley, Nils Frahm and Steve Reich. This studio version is played by Angus through 6 layered performances, at Retreat Studios in Brighton, mastered by Alchemy studios.
Angus MacRae: “When writing the piece I was often struck by the feeling that whilst the individual piano parts are often made up of very simple building blocks, altogether they create a piece that is far richer and more detailed than its component parts, and often the effect of the whole is very different to the individual. Ultimately I hope the piece is exciting to experience in the space – at times bold and powerful and at others very understated – almost meditative.”
Angus MacRae is a 28 year old London-based composer and musician, writing for film, theatre, solo piano and ensembles. His recent film credits include The Listener (Edinburgh International Film Festival) and Interlude (winner of the Sci-Fi London 48 hour Film Challenge), as well as theatre and Dance work for Trafalgar Studios, National Theatre Studio and Meeting – a finalist in the Copenhagen International Choreography Competition. He is currently collaborating with celebrated ensemble Insa Donja Kai, and releasing an album later this year with 1631 Recordings/ Decca Records. 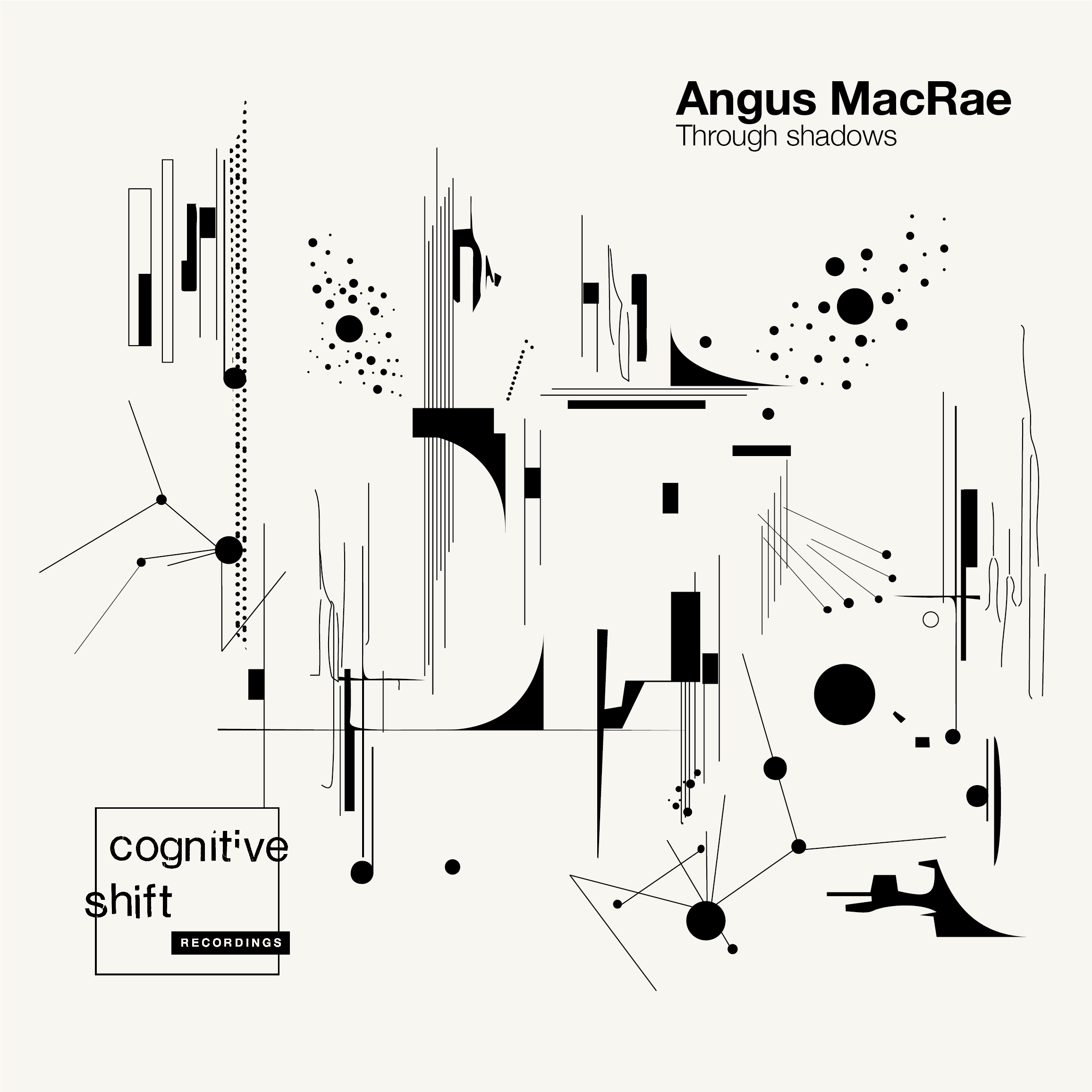 “Through Shadows is a quiet, delicate piece, moments of silence demanding as much attention as the restrained melodies and soft peaks. Both performances have a purity and poise, the intricate interplay between the six truly mesmerising. Its subtlety is key; as fragile as a flower, the piece draws its power not from drama or crescendos but a gentle tension that threatens to break but never does.” Drowned in Sound

Cognitive Shift Recordings debut release will be the first album from composer Roger Goula; Overview Effect.  The album encapsulates the ethos of the new label, bridging the gap between modern classical and electronic music, creating a cohesive work that is both entirely of the moment and timeless. The record’s stunning classical string instrumentation is performed by the illustrious quartet of Thomas Gould, Peter Gregson, Lucy Railton and Stephen Upshaw.

“I am very, very happy with the way the album has turned out. Overview Effect is a perfect primer for the future sound of Cognitive Shift and sets a high standard for our subsequent releases to match.”  Bob McDade, founder of Cognitive Shift Recordings.

When Roger was approached by to create an album, he presented the concept of the ‘Overview Effect’. This is a psychological phenomenon experienced by astronauts when viewing Earth from a distance, allowing them to see the entire planet surrounded by the endless black void of space. This can cause a cognitive shift within the minds of the astronauts, giving them a completely new perspective of life, Earth and humanity. Around this concept, the album and label formed, with the aim of recreating this psychological shift through the power of sound and music.

The album is OUT NOW on all digital outlets and from all good physical retailers. 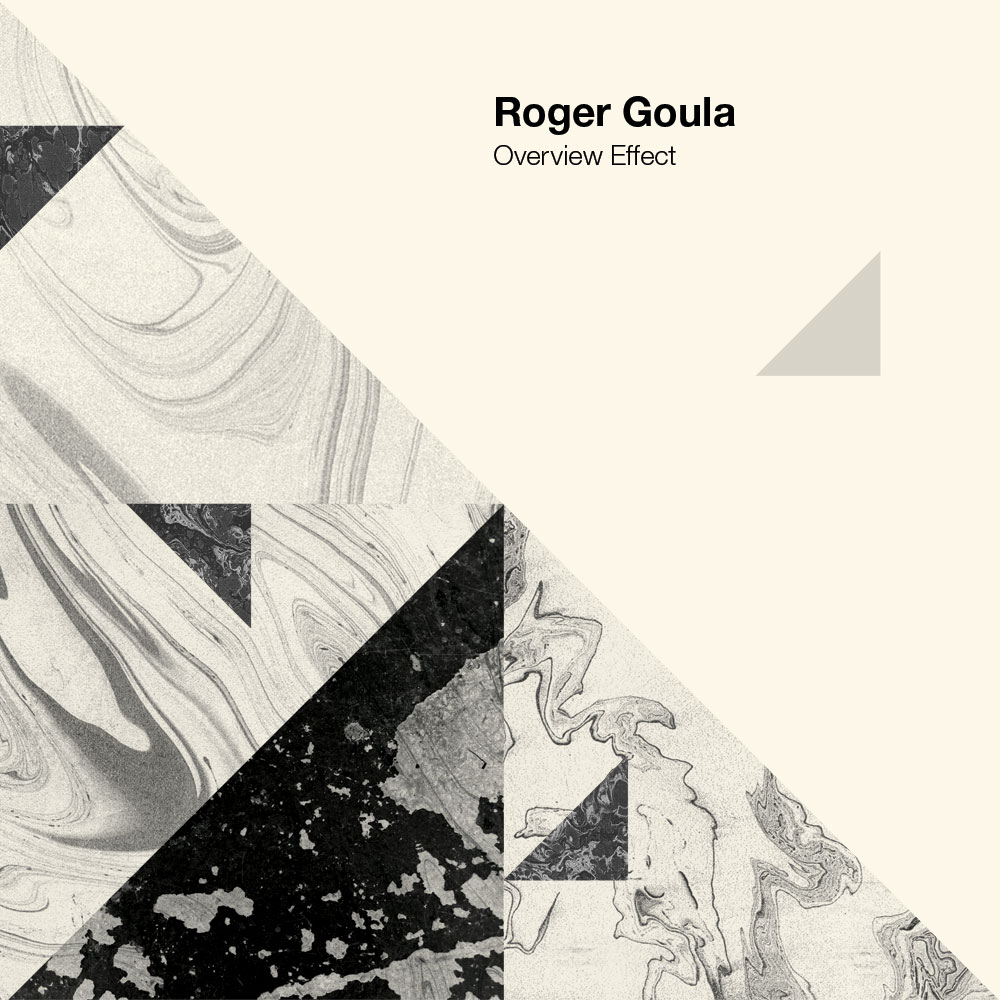 “[this] explores a relationship between swells of warm strings and synthesizers—melodic, haunting, and eerie—a musical soundscape that paints a vivid picture of the void of space.” VICE

“The New Classical: how the next generation of composers or labels is challenging classical music’s status quo” The Independent

“Part of a wave of modern classical composers – think Nils Frahm, Olafur Arnalds – exploring fresh territory, Roger Goula has an approach all his own. Lush strings are set against corrosive, distorted noise, with the track pirouetting towards weightlessness.” Clash

“A beautifully wretched affair, enveloping the listener in shrouds of bone-chilling strings, swathes of monochrome ambience and a sprinkling of electronic debris” The Most Radicalist

For PR and label enquiries